Guns kill people . . . open and shut case. That’s what the Philadelphia District Attorney will try to have you believe. Larry Krasner took to Twitter to express his intention of going after the NRA for their role in this weekend’s shooting in his city that killed 3 and injured 12. “Boycott NRA donations” the Soros backed DA tweeted.

He’s hoping that the far-left city will sing his sentiments instead of holding him accountable for the massive uptick in violent crimes in The City of Brotherly Love. Footage of the events leading up to the mass shooting show a youthful crowd blocking streets and getting into brawls.

Leading up to the deadly mass shooting in Philadelphia on Saturday night in which three were killed & 12 injured, youths had packed the streets & were getting into brawls. pic.twitter.com/rq5HMsBn6P

Across the country, a critical mass of citizens are calling for law enforcement to take back the streets. Unfortunately, Philly is one of the many far-left cities that had activists calling to defund the police during “the summer of love”. 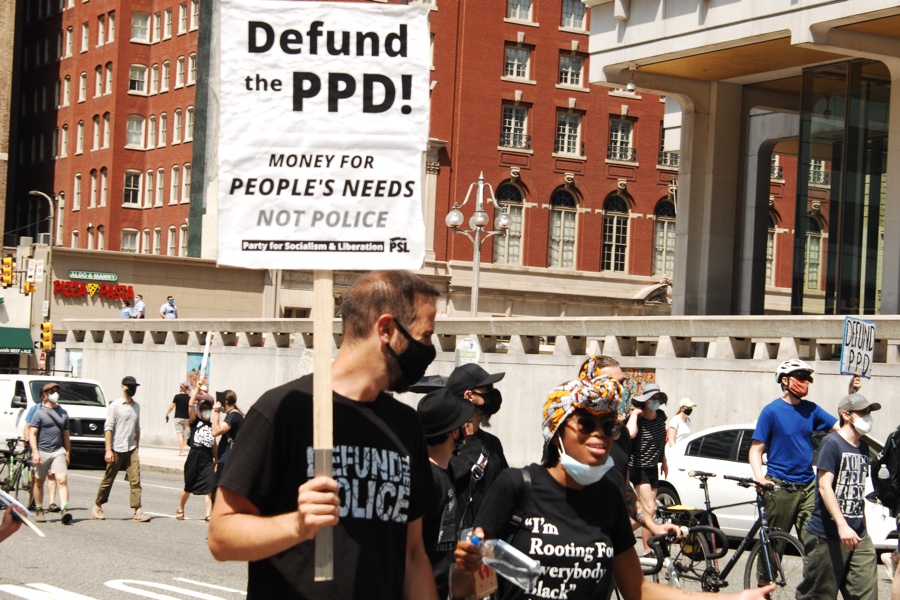 Thousands of protesters took to the streets to demand that the city defund the police on July 5, 2020. (Photo by Cory Clark/NurPhoto via Getty Images)

Krasner has been criticized for being entirely too soft on young offenders (18-25 years old). City Journal reported . . .

Well his soft on crime policies seem to have caught up to him and the Philly streets are in chaos. Here are the moments leading up to the shooting. We have to do better America.

Three were killed & 12 injured in a mass shooting on Saturday night in Philadelphia. Video footage captured the moments leading up to and during the shooting: pic.twitter.com/2PBCqbZ1sN

Woman Stalked Boyfriend With Apple AirTag, Then Murdered Him